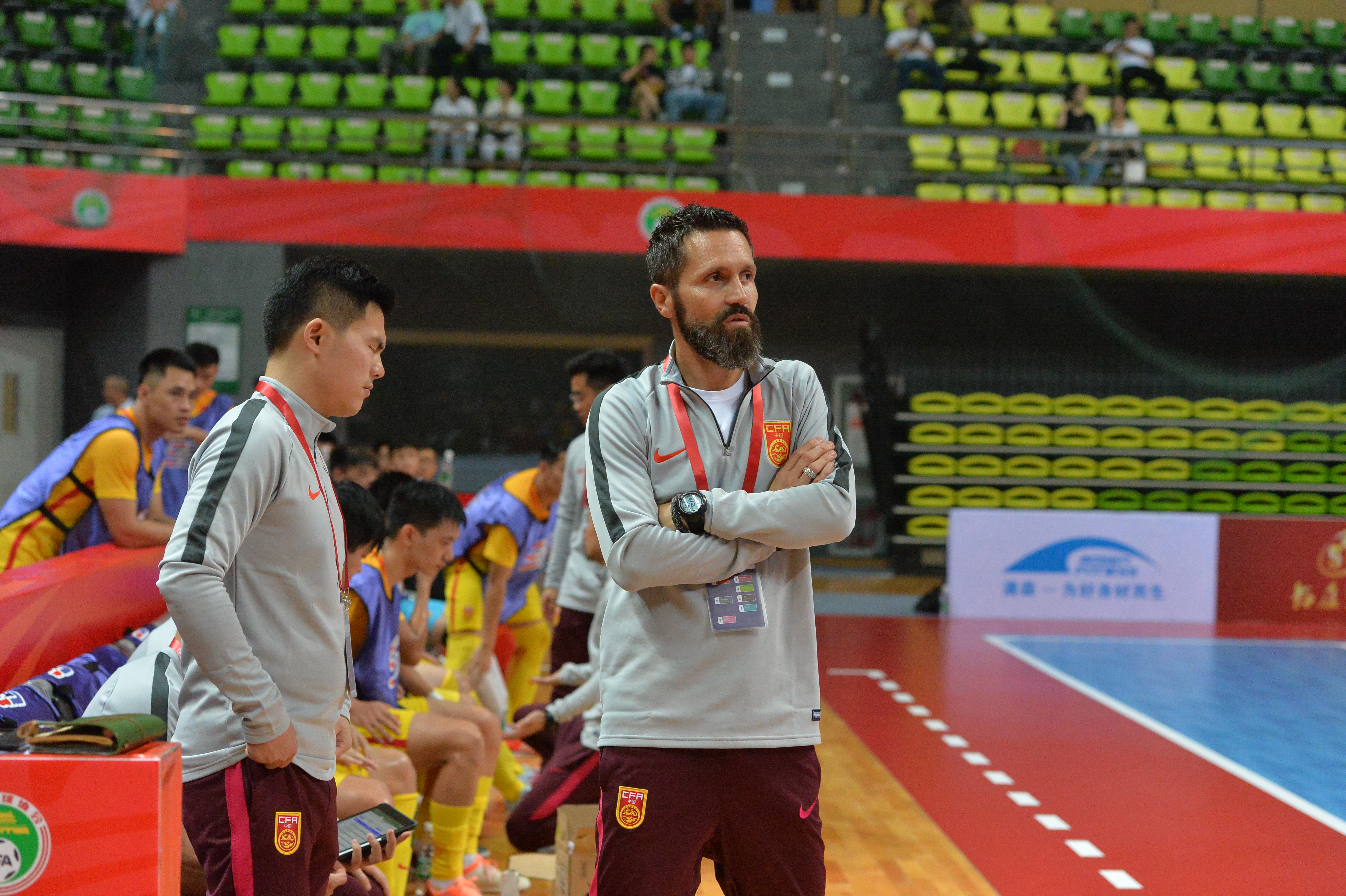 It's an ambitious target, the one we have established with my players and CFA, try to reach the world up, even China Futsal is not living the best chapter of its history. The first camp  has been in Xianghe, in the national team training center, the players of Shenzhen were absent because were playing AFC championship and Intercontinental cup with club, so gave me the possibility to try other players. The athmosphere has been amazing, we have work on tactical-tactical aspect but on the mind of players too, because such high target require that every players will be able to give 100% on the field. The second step has been the passage from group to team, in a country like China, where the individual culture has strong roots. it was a long month, but the time passed in a rush and with the visit and support of National Team head coach Marcello Lippi and his staff. After a month camp, a 4 nations tournament with Malaysia, Miyanmar and Mexico, we finished second position with a victory and 2 draws......and ready for next camp in Shenzhen. A very hertfull thanks to our supporters who never as this time in Chengdu have supported us. THANK YOU