VISITING A COLLEAGUE AND A FRIEND: WATCHING LATINA CALCIO A 5 TRAINING OF THE COACH ALFREDO PANICCIA 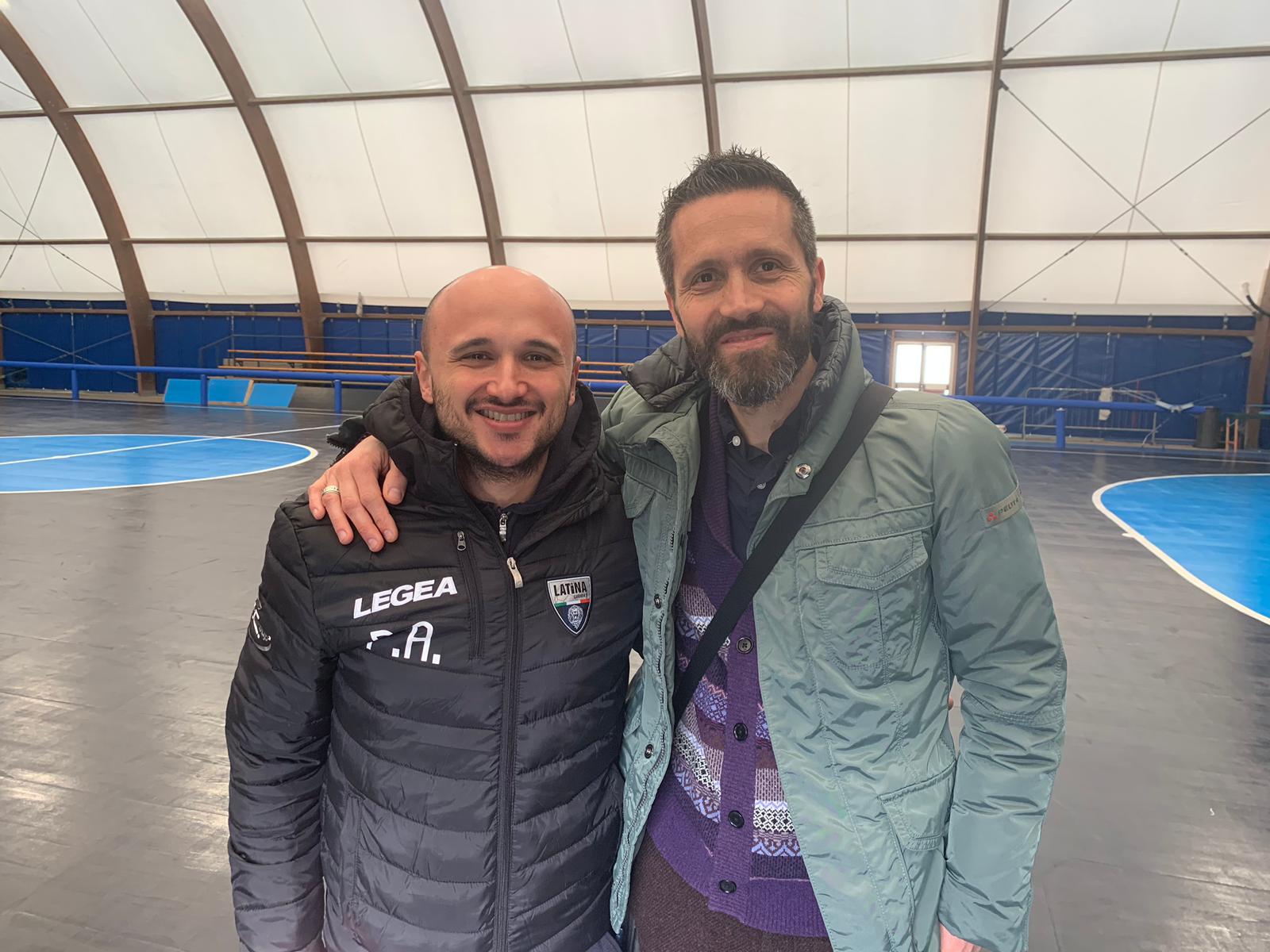 Last week have been 2 days in Rome, for a meeting with the new Italian National Team head coach Alessio Musti and was a great chance to meet another coach and a good friend at his first experience in Serie A as head coach, Alfredo Paniccia. We met to watch the game of U.19 of Latina Futsal vs. Circolo Aniene and the following day i went to Latina to watch his way of working with Top team of Latina futsal.

I think that one of the most important features  for a coach is to update himself, share ideas with collegues and keep the spirit of 'Kaizen', a Japanese  words that mean self-improvement; thats why i decided to meet an old friend, not only to say him hello and congratulate for his job.

I met Alfredo in 2013 at the coaching course for Futsal Level 1 license in Coverciano, he impacted me not only for his very evident Roman accent, but for the great passion and knowledge of futsal. He is one of the few futsal coaches who has transfer the futsal method to football, in fact he spent a lot of years working for Juventus, leading their summer camps.

This year a new challenge, the first experience as head coach at Latina Calcio a 5 and with the function of technical coordinator of all young teams. It's hard year, the first experinec: he is doing a good job,  even the the most important target:  he will come back with great experience and more maturity.

The course we did in 2013 inCovercian, was a very good level course with lots of coaches that are showing their abilities in Italian league and abroad... from the desks of the school to the benches of the league

GOOD LUCK ALFREDO for the last part of the season